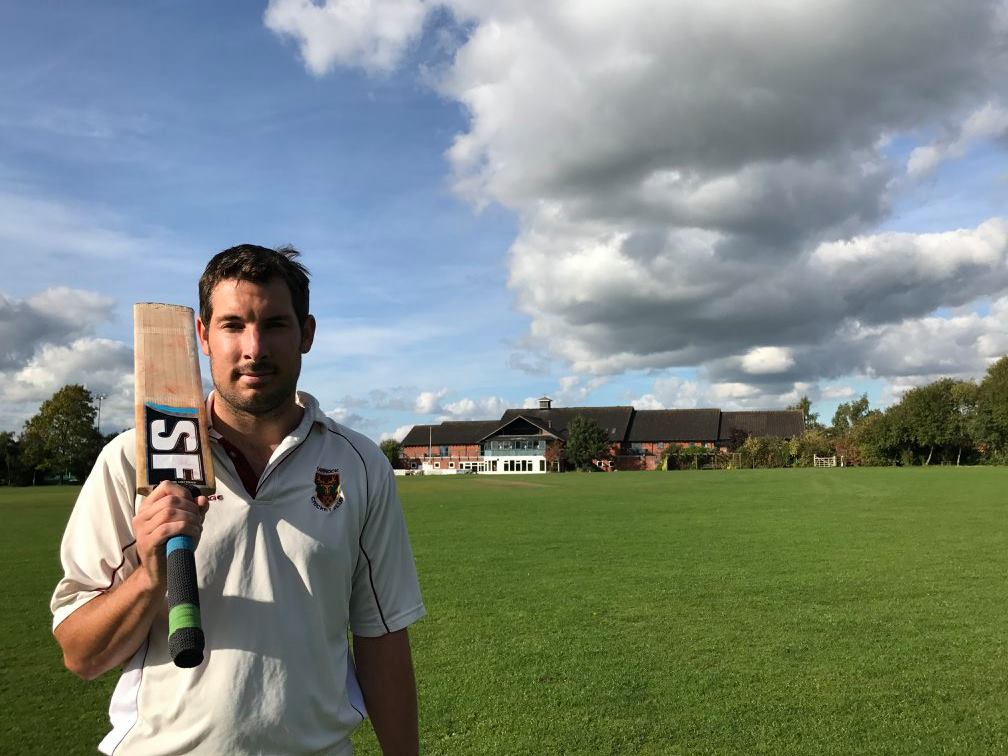 It’s a blast from the not so distant past as we hear from 2017’s overseas player and barman, Nick Trebilcock…

Hi Nick, what are you up to nowadays then?

Hi Cannock Cricket Club, I have returned home to New Zealand and like many other ex-overseas players, I have taken up beekeeping. It is going well and I am learning a lot and only getting stung a dozen times a week or so.

And how’s your cricket going?

Well I snicked off for a duck in my first game back, a classic ‘nowhere to go but up from here’ strategy popularised by Marvan Atapattu. Unfortunately I didn’t consider the scenario where I was dropped, and have been playing a bit of cricket for the 2s. Meanwhile the 1s are not missing my runs, or lack of, as they are comfortably leading the Premier Comp. We have an overseas player from England who is averaging 70 with the bat and 16 with the ball. Now I know how Cannock must have felt all those years before I turned up!

It was only last season that you and your better half were with us, what did you make of Cannock CC when you first got here?

At first I was doubtful it was the same club that Kevin Pietersen had played at, but luckily within the first week I was informed by over half the club that it was.

In all seriousness, the club was fantastic and we were so well looked after. We had a wonderful time and everyone was so kind to us. A big thanks to everyone that made us feel at home, cooked us meals, and some even going as far as chaperoning us to the supermarket!

You’re probably best remembered as a barman first and a cricketer second, did you enjoy your bar duties?

As much as I enjoyed fielding for the Sunday Bs.

However you did have some great moments on the field, not least the spectacular catch at Beacon. What’s your favourite on-field memory?

Oh did you hear about that did you?

I guess a lot of people would be expecting me to say my imperious blazing hundred at Wednesbury, but I am far too humble to rate such individual brilliance above team success. Beating Wednesbury on the back of a strong batting performance was probably my favourite on field memory, oh and I think I got some runs that day.

And what’s your favourite moment away from the pitch

Boy that is a tough one. I can definitely discount having to listen to Aaron Saunders recount his hundred vs the Barely Abled XI, and the delusional opinions of Connor Shingler and Will Fleet facing each other in the nets.

I guess it’s hard to go past the last night of the season. Being compared to Freddie Mercury, well renowned as the most handsome man in Rock’n’Roll, along with winning the Treasure Chest jackpot made for a tremendous night. It helped that I wasn’t left behind when the taxis headed off to town either.

Have you got any plans to return to the UK soon?

I have a wedding in Poland in September so might be making an appearance…in Cornwall.

And finally…tell us one of your trademark jokes.

Did you know that 34% of people with visual impairment still do their own yard work? What a blind mowing statistic.

(Watches tumbleweed blow across the room) Thanks for your time Nick, now go and look after those bees.

View all posts by Cannock CC

Check Out Our Recent Posts